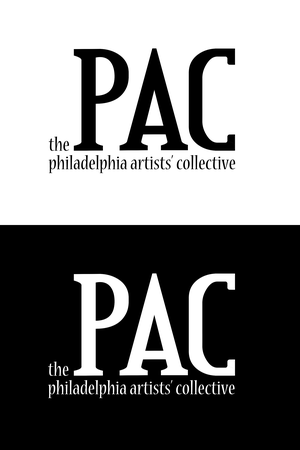 Home
About
Get There
Tickets

By Philadelphia Artists' Collective (other events)

Our Venture Reading Series has always been free since the PAC began.

Antigone's Cave by Michael Narkunski
Directed by Mariah Ghant
Antigone awaits her death in her prison cave, pondering the nature of fate and the doom of obscurity. She decides to take matters into her own hands.

Michael Narkunski is a Los Angeles-based New Yorker whose plays have been presented by the HOT! Festival of Queer Culture, By the Light of a Match, From the Hip: 48-Hour Plays, and the Los Angeles Collegiate Playwrights' Festival, with the latter publishing his one-act, BUD, WISER, in their first volume. Beyond theatre, Michael writes overly-personal essays you can find in Out, The Advocate, Narratively, and several other magazines and anthologies. He also has a BFA from NYU, an MFA from Stony Brook University, and dedicates this play to his 4th grade teacher, Dr. Haupt (his Ancient Greece guru).

It's Pronounced SH by Joseph Ahmed
Directed by Cat Ramirez
Filmmaking meets an ancient play. Family traditions meet modern love. A Deer helps us through it all. Adapted from Shakuntala and the Ring of Recognition by Kālidāsa.

Joseph Ahmed is a Philadelphia-based theater artist whose work expands into dance, circus, and interactive performance. He is a company member with the Barrymore Award-winning Tribe of Fools, and performed for several years as part of Almanac Dance Circus Theatre. With Daniel Park and Arianna Gass, he is a co-founder of the interactive performance company Obvious Agency, www.obvious-agency.com. His solo work, Half Magic, an exploration of bi-racial identity through circus, storytelling, and physical theater, is currently under development as part of Philadelphia Asian Performing Artist's Mini-Residency Program. As a director, actor, and dancer he has worked throughout the city with companies such as First Person Arts, ON THE ROCKS, Interact Theatre Company, Team Sunshine Performance Corporation, and IKANTKOAN Games. He holds a BFA in Theater Arts from Boston University. Connect at www.josephahmed.com.

Goat Song by Jessica Moss
Directed by Damon Bonetti
In Ancient Greece, drama is changed forever, when one actor dares to step out of the chorus. A tale of bravery, breaking norms and the power of standing alone.

Jessica Moss is a performer, writer, and producer. She is the creator/performer of solo shows Modern Love, and Polly Polly. Her full-length plays include Next to Him, I Will Miss You When You’re Gone, Cam Baby, A Girl Lives Alone and others. Her work has been developed or presented at Great Plains Theatre Conference, Roundabout Theatre, Premiere Stages, Kitchen Dog Theatre, the Toronto International Film Festival, and the Canadian Stage Festival of New Ideas and Creation, among others. As an actor, she has appeared in shows with Necessary Angel/Luminato, Tarragon Theatre, SummerWorks, Sudbury Theatre Centre, the NAC, and many times at the Toronto Fringe. She went to Juilliard.

Antigone by Marie Mayingi
Directed by Mariah Ghant
A retelling of Sophocles' Antigone, set in France, that examines grief and the Black Lives Matter movement. Antigone is struggling to deal with the after-math of her brother's death at the hands of police. Her brother appears to help her make sense of her mission.

Marie is currently studying English Law and French Law at the University of Exeter. She has published two poetry chapbooks, "Ravings" in 2018 and "Happier" in 2019.

Laundry is Not Enough by Nimisha Ladva
Directed by Cat Ramirez
A simple household task brings a Mother and Daughter together to examine what's really important and how two worlds can co-exist.

Nimisha Ladva is a writer and performer. Her storytelling has been broadcast nationally on NPR’s The Moth Radio Hour (and others) and PBS’s Stories from the Stage. In 2020 she was named the “Best of the Best Storytellers in Philadelphia” by First Person Arts; she is also a Moth GrandSlam champion. In 2019, she performed with RISK! at the London Podcast Festival and was selected for the Kennedy Center Playwriting Intensive Workshop. Her solo performance play, Uninvited Girl, premiered in Philadelphia (with the support of a Leeway Foundation Grant) at the First Person Arts Festival in 2016, and in New York at the Women in Theater Festival in 2018. She has been published in theguardian.com and literary journals in the US and UK. She teaches writing and public speaking at Haverford College.

other events by this organization